Serverless publisher/subscriber for all of us

February 20th, 2018 I attended the Azure in the ATL meetup group to share a presentation about Event Grid. The feature reached general availability in January and I expect it is more powerful than many developers are aware. I like to think of Event Grid as “serverless publisher/subscriber” because with a few clicks you can have a fully functional event-driven pubsub backbone up and running without worrying about the infrastructure. 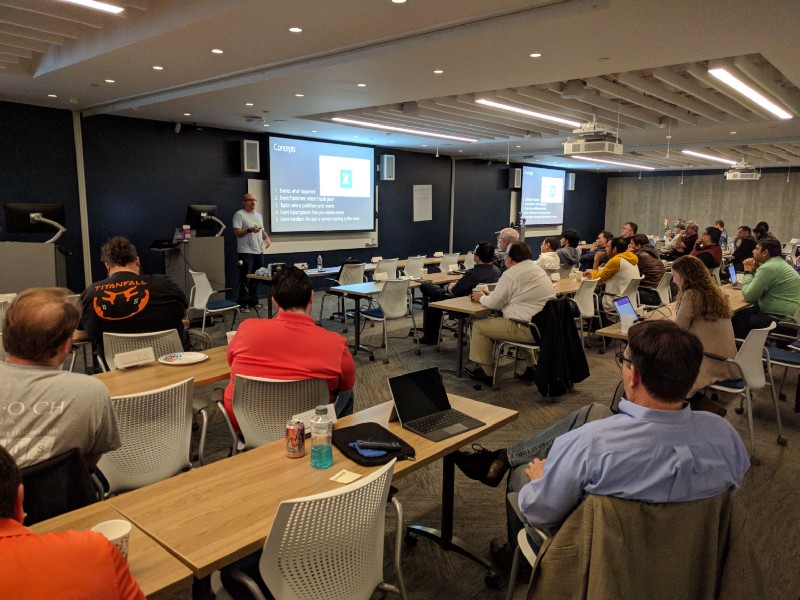 The features Event Grid provides include:

As of this writing, the pricing of Event Grid is U.S. $0.60 per million operations with the first 100,000 each month free. That comes with some very impressive service level agreements.

I shared a comparison between Event Grid and other services like Event Hubs and Service Bus. For a more in-depth explanation I recommend the excellent blog post by Clemens Vasters titled Events, Data Points, and Messages: Choosing the right Azure messaging service for your data. I walked through the components of Event Grid and then jumped into two demos.

The audience had a great time participating in our 360 degree picture.

A fun crowd in glorious 360 degrees

For the first demo I created a custom Event Grid topic, then live-coded a cross-platform .NET Core 2.0 console app. The goal was to demonstrate how easy it is to publish to Event Grid even without using any special SDKs — the demo relied solely on the built-in HTTP client that ships with .NET Core. After creating the publisher, I hooked up a Logic App to receive the messages that sent me an email almost immediately. Although that part was written live, all of the functionality is part of the second demo that I have available on GitHub.

The second demo was more involved. 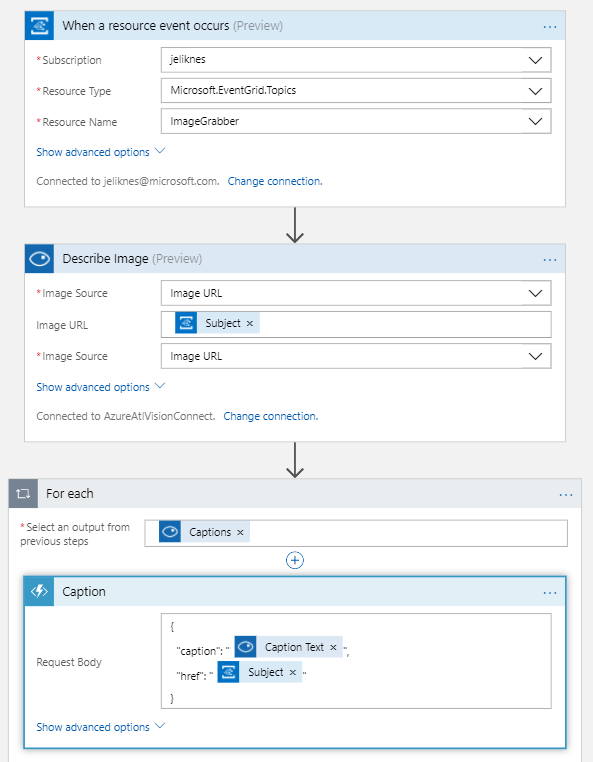 Although I’ve seen a few misses (for example, in one pass the API decided a toy figure of superman was a woman wearing a costume), for the most part the results are impressive and match the pictures provided. Here are some of the images I’ve loaded over time. All of these were triggered by Event Grid and captioned with the Computer Vision API.

You can view the full deck here:

Event Grid: Glue for the Internet

All of the source code is available here.