I spent the past week embarking on an exciting journey across Silicon Valley. I had the opportunity to connect with several meetup groups and present talks covering my favorite Azure feature: serverless! Although the tour was based on talks I previously gave in Atlanta, this was a great opportunity to connect with new venues and meet new developers. I always enjoy a visit to San Francisco, even though it was a bit smoky due to nearby fires. This was the view from my hotel the first morning. 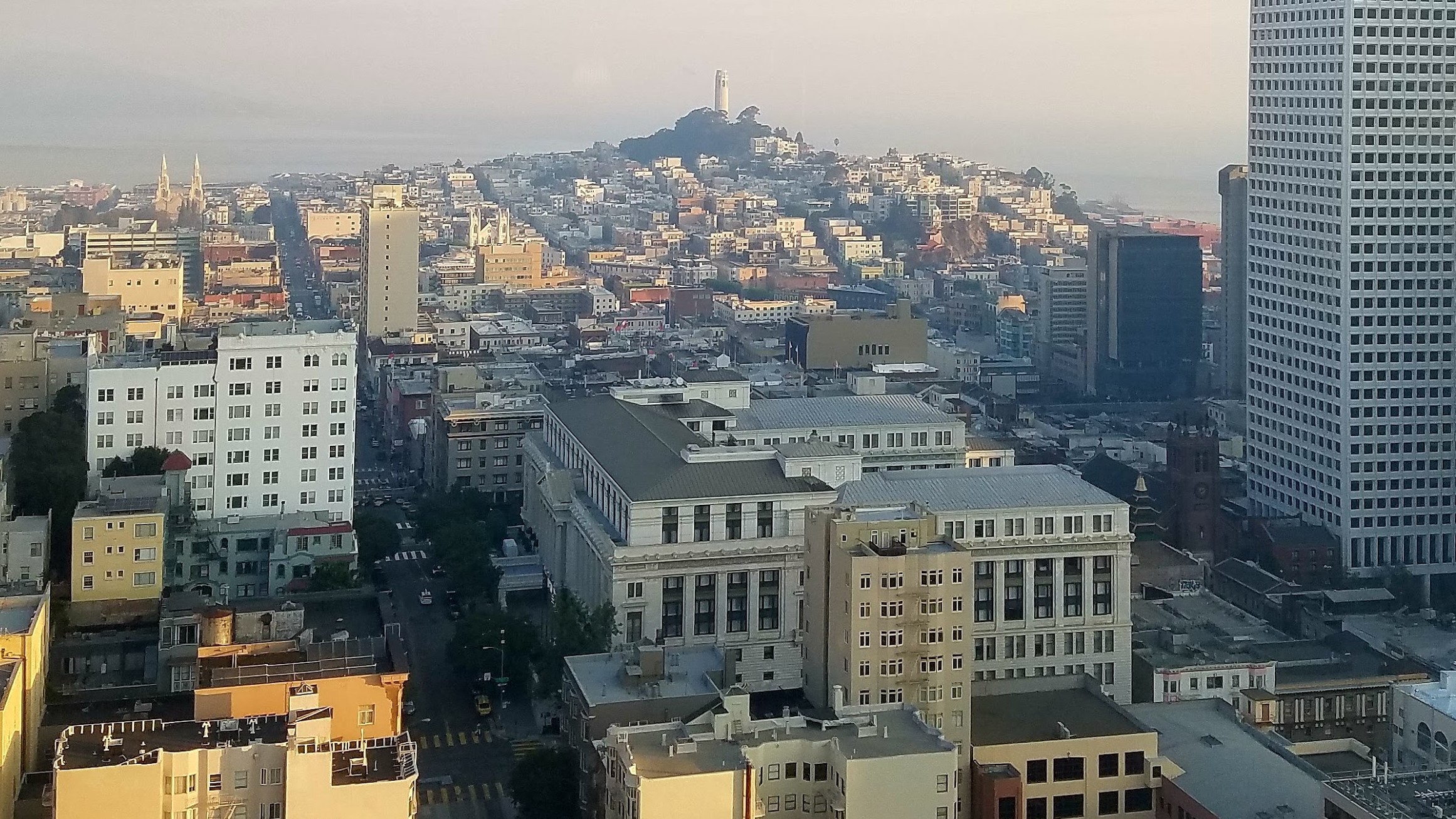 I uploaded the full deck and related demos for anyone to view.

The deck itself has embedded videos for the demo portions, so you can watch those, too. They are all hosted in my YouTube channel for Azure:

The first group I met with was Cloud Storage and Lambda Compute — Bay Area at the Pivotal Office. Everyone was very welcoming. I arrived an hour early to make sure everything was set up and working (it was).

At the @pivotal office setting up to share #serverless @AzureFunctions in less than one hour pic.twitter.com/Ia2KQpDVnP

A few Microsoft employees in the area stopped by along with one gentlemen who said he knew me from my cough Silverlight cough days. This was the longest time slot I had and they were kind enough to record it live (yes, this is live, so there aren’t any edited transitions from speaking to slides).

Oh, and thanks, Victor, for the kind words. I’m pretty sure he was trying to shout out and not shut out here.

Shut out to @jeremylikness for great talk on #serverless at @pivotal

Here’s one more action picture. Thanks, Neil, it was great to meet you!

Listening to @jeremylikness talking about #Azure functions at the Cloud Storage meetip in San Francisco - courtesy of @pivotal pic.twitter.com/w3WP3M8y2m

The next meetup was held for SF Microservices at the Adobe office. This was another great venue.

Setting up to go #serverless at the @adobe office #azure @AzureFunctions pic.twitter.com/PUuUuWBSF3

We had a very solid turnout.

I presented a more condensed version of the talk and received some good questions about how usage is charged, what types of events can trigger functions, and how they can be tested and deployed. There were two more serverless talks after mine that covered similar concepts leveraging Cloud Foundry and later Kubeless.

I realized what a small world it is: I gave a talk at Pivotal, the next day someone from Pivotal followed my talk at Adobe, and the third speaker demoed Kubeless using Minio, an open source object storage platform I learned about the night before because a former Microsoft employee who now works at Minio gave a talk on it.

I’ll just let that sink in for a moment. Moving along …

You can view live recording of my presentation, along with the other two presentations, at the following link (disclaimer: it does require installing some software to view).

SF Microservices Meetup - Oct 18, 2017 The final meetup was in beautiful Mountain View for Microservices and Cloud Native Apps at the Microsoft Silicon Valley conference center. The room itself was large with three screens. 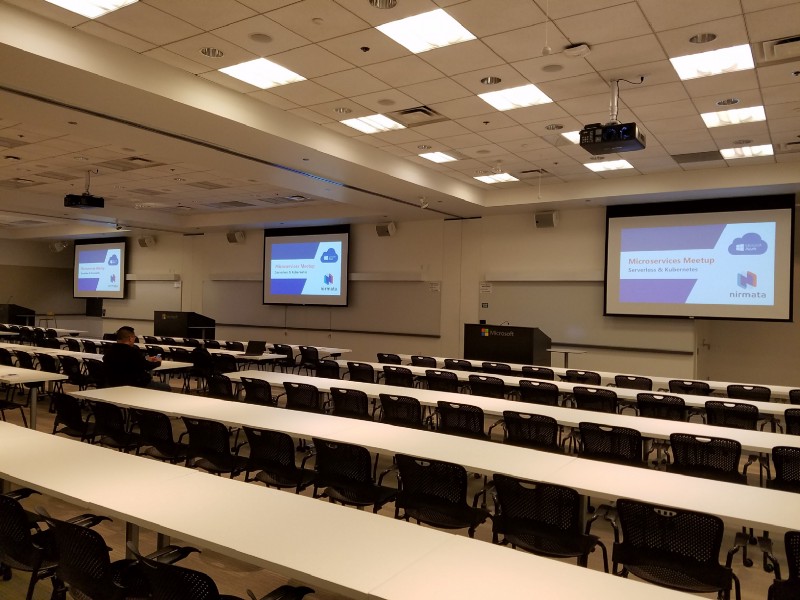 The attendees were incredibly energetic, as evidenced by my 360° photo. You may have to rotate it to see the audience.

We had a great evening with some good questions and feedback.

@jeremylikness Thanks for yesterday's demo of #AzureFunctions at the meetup.

I stayed for the presentation after mine that was focused on Kubernetes, then headed out. I had a great surprise that evening, because the Microsoft campus there is lit beautifully at night.

Finally, I went to bed early to wake up for a 6:35 am flight back to Atlanta. Yet another surprise was in store for me as I witnessed the sun rising over Silicon Valley.

It was a beautiful end to a very fun trip. I appreciate my warm Silicon Valley welcome and look forward to coming back in the future! I’m excited that I was able to share the power of serverless with so many, and look forward to everyone’s feedback and success stories. As a reminder:

Until the next time,

« Lift and Shift your .NET App to Azure Exploring the CosmosDB with Power BI »